Is Performance a Mirror of Life?

As a potential tool for social transformation, performance is understood as having several different functions. Here, I look at the notion that performance reflects life. If so - does this model of performance point to possibilites of changing the social script of rape? 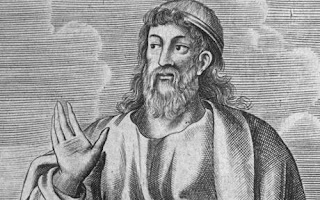 Plato, an ancient Greek philosopher
In asking how performance may work to transform the script of rape, I turn to classical notions of the function of performance. Ancient Greek philosopher Plato considered performance as primarily mimetic, that is, performance acts as a mirror to life, or truth. In this way, performance looks to reality as the model for which to base itself; performance is a way to view and express reality. According to theatre for development theorist, Kennedy Chinyowa, performance is not only a way to express personal orientations and social interactions, but also provides ‘the frames upon which social reality can be interpreted and understood’. Chinyowa examines Sbongile, a play about teenage pregnancy made by young people from Edendale township in KwaZulu-Natal, South Africa. In South Africa an average of 1 in 3 women have a baby before the age of 20, and the province of KwaZulu-Natal has the highest prevalence of teenage pregnancy in South Africa. Sbongile is based on lived experiences of community members; the resultant narrative is not one person’s, but one that is emblematic of local gender relationships. Performance acts as a mirror to life, as in classical notions of mimesis, becoming a way for young people to view and consider their choices. The play is created as a ‘platform for action that could influence changes in values, attitudes, and behaviour among the youth themselves’ around the issue of teenage pregnancy. Sbongile is a young woman who is kicked out of home by her father for what he perceives as ‘deviant behaviour’. Sbongile then falls pregnant, and is rejected by everyone: her boyfriend, her ‘sugar daddy’, and her friend. Although Sbongile wants greater autonomy, near the end of the play, she believes her only choices are to either kill herself, or return to her family. Finally, Sbongile returns to her father and asks for forgiveness, before giving birth to a baby girl.


Sbongile highlights social relations in which women’s sexualities are demonised, and men retain social dominance; it reflects the crisis of a ‘double consciousness’ that yearns for autonomy yet feels suppressed and trapped. Yet rather than question or seek to transform this political structure, Sbongile simply ‘allowed [the audience] to experience these paradoxical feelings’. Through using a framework of classical mimesis, and using performance to reflect life, Sbongile does not encourage a questioning of normal social relationships. Instead, it may even foster an acceptance. After seeing the show, some spectators ‘tended to condemn Sbongile for not listening to her parents and falling prey to peer pressure, while others felt she did not have much choice about circumstances. Spectators did not question patriarchal gender relations exhibited in the play, and their own crises were simply affirmed. 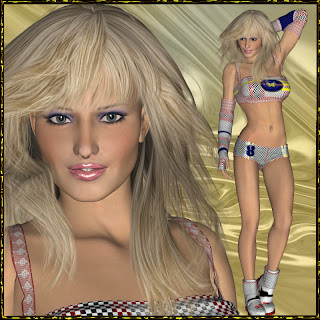 Which is the 'real' woman?
While a mimetic view of performance can allow spectators to reflect upon life, it may also stifle change. An attempt at realism can stagnate and make permanent gender relations: ‘In the process of exploring social (especially gender) relations, realism ends by confirming their inevitability’ (Diamond, 1997, p. xiii). Many feminist scholars have pointed to the limitations of claiming any attempt to reveal the truth, arguing that what is seen as truth actually charts maculinised ways of viewing the world (Case, 1988; Diamond, 1997; Dolan, 1988). Truth is viewed through a masculine lens, and therefore any representations of reality inevitably reveal women as seen by men. Women on stage are a ‘male-produced fiction’; indeed in western theatre traditions female characters were all played by men in drag, so today’s women characters are based on these traditions of male perception (Case, 1988, p. 7). This view of performance does not offer opportunities for transformation, simply using performance as a way to explore what is, rather than as what could be. Classical mimesis does not offer any way of transforming the script of rape, merely promising to watch it at work.

Yet even Plato claimed that truth itself is not fixed: for Plato, material objects are not reality themselves, but copies of a supernatural reality. Art is simply a copy of another copy claims literary theorist Susan Sontag. Classical notions of mimesis are refashioned by feminist theatre critic Elin Diamond, so that performance becomes not merely a way to reflect, but also a way to analyse and make truths. According to Diamond, mimesis need not ‘inevitably transform female subjects into fetishized objects whose referent is ideologically bound to dominant – heterosexual – models of femininity and masculinity’. In order to rewrite a patriarchal history, and defy assimilation, feminist artists have a history of presenting personal narratives, of speaking women’s stories. Helene Cixous, in Laugh of the Medusa, for example, urges women to tell their stories, and thus claim their bodies: ’By writing her self, woman will return to the body which has been more than confiscated from her’. Feminist activism has used performance in an attempt to claim women’s own mimetic representations. This reworking of mimesis may hold potentials for a discourse on transformation, suggesting ways it can agitate, rather than contain, social attitudes. Performance seen through Diamond’s mimetic lens draws attention to the workings of gendered configurations. Performance becomes a way to question truth rather than simply reproduce it. This notion of mimesis is helpful in unravelling a script of rape that relies upon static gender binaries of men as aggressive and women as passive. It suggests the body on stage, particularly women’s bodies, are ‘part of a theatrical sign system’ rather than a fixed image dictated by patriarchal norms.

Dramatherapy may be relvant in an exploration of rape prevention in that it works towards analysis and transformation of the self. Dramatherapy is a technique that weaves traditions of psychotherapy and drama to acheive personal transformation. It is used both with individual clients, and with groups of people. I did some at the Drama for Life festival in Jo'burg, 2010.


Through the use of drama, therapists are able to encourage expression of personal narratives that are not exclusively verbal, but may also rely upon image, sound, movement, and gesture. Clients are relieved from the pressures of naturalism, as possibilities of being, thinking, feeling and relating may be explored through metaphor rather than realism. Performance is an ideal tool for dramatherapy due to its ability to portray life, while simultaneously retaining a distance from life. Performance provides a critical distancing from life: while performance can analyse living behaviour, it is also removed from everyday reality. This distancing protects the individual from being overwhelmed by experiences difficult to face. Framed through play, dramatherapy sessions can be a non-threatening way for clients to deepen their awareness of hidden aspects of the self.


Dramatherapy sessions invite clients to perform themselves in new ways. Individuals are assisted to untangle themselves from rigid ways of being, exploring and experimenting with different performances of the self. David Read-Johnson writes that his work is ‘attempting to dislodge the client from the highly bounded self perceptions he or she comes to the session with’.

An improvisational technique that is used in drama therapy, ‘transformations’, is taken from the theatre games of Viola Spolin. Transformation is like free associations through performance. Two performers begin a scene, becoming any character and performing any action that occurs to them. When a sound or movement within this scene reminds one player of something else, they transfom the scene simply by beginning to act as if they were in a new one. The other actor must accept this transformation and the scene continues until it shifts again.

In working with his client Elaine, Read Johnson discusses how this technique allows the client to discover why she overeats. In a therapy session Elaine becomes very upset. She calls for her mother and when she does not arrive, Elaine begins to overeat. Elaine performs herself gorging on food. Her shameful behaviour is acted out, and Elaine is encouraged to face what is usually suppressed. Elaine eats and eats until she grows into a huge giant. The therapist joins in, also performing a fat, and powerful character. These characters then stomp around the room, squishing little people. The therapist says: ‘Boy are you fat! I’ve never seen you looking so good’, to which Elaine answers, ‘Yeh, and aren’t you fat? God you look great!’ (p. 131). They go on to sing a song about being fat. Elaine discovers that her overeating is connected to a desire for comfort. She also transforms her feelings towards her body; rather than feeling uncomfortable with her weight, Elaine performs herself enjoying the power of her body. Dramatherapy may allow clients to discover and create new ways of being through a process of self-discovery. Through continual play and experimentation clients are invited to deepen their awareness of themselves.
Posted by Aurora Murphy at 7:57 PM No comments: