So you wanna know more about Johannesburg than gangsters and fighting??

Then let me tell you about Soweto!

Orlando West, Soweto
Heard of Nelson Mandela, Desmond Tutu? They both lived on the only street in the world that has housed 2 Nobel Prize winners, Vilakasi street, Orlando West, in Soweto. 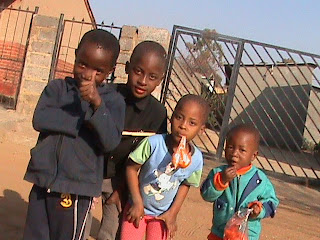 I stayed around the corner from Vilakasi street, at Lebo's backpackers. Well, I actually ended up sleeping at his grandmother's place, but that's another story.

Soweto is a township outside of Johannesburg. Millions of people live there, there are millionairres, and there are slums. It grew up as a shanty town when black people couldn't live in the city (like, only 16years ago). Soweto is the home of the struggle that ended apartheid.

Things an middle-class Australian may notice on coming to Orlando West, Soweto:

1. There are no footpaths so you have to walk on the road

2. The roads are full of potholes

3. There is rubbish everywhere

4. Everyone hangs out on the street 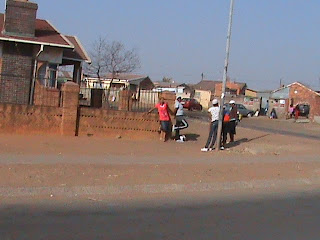 6. People have lost A LOT of loved ones

7. Some houses do not have running water or toilets. People are overcrowded. There are power shortages. But there are also mansions.
This is a shop. Not a mansion. 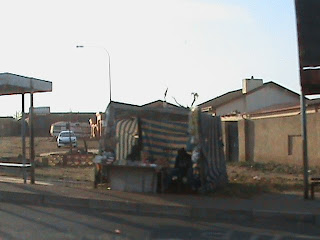 7. People drink beer from a carton. Apperently it tastes great (if you like rotten-custard-tasting beer, sure) and should be drunk wholeheartedlyby pregnant women (uh-huh) 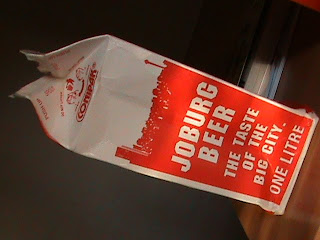 8. And here is a number of a local guy who can help out with small penises 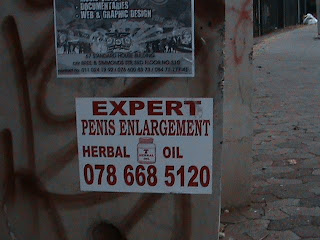